Duval County Public Schools has taken down a 12-minute anti-bullying video that taught middle and high school students how to support their gay and transgender peers. This is believed to be a response to Florida’s new Parental Rights in Education law, which restricts how schools can teach about gender identification and sexual orientation. Supporters say the law gives parents control of their children’s education, but critics have labeled it the critic-dubbed “Don’t Say Gay” law.

For more than 60 years, the U.S. has had a blockade on communist Cuba, which has attracted both praise and criticism. Regardless, the blockade has created tremendous hardship for the Cuban people.

Pastors for Peace delivers humanitarian aid to Cuba and Latin America. The group will be collecting funds in the area to buy medical supplies for Cubans who need COVID-19 care and more.

NASA is releasing its first images from the James Webb Space Telescope this evening. Some of the images will be the deepest image of our universe ever taken — further than humanity has ever looked into space. NASA is doing community events all over the world to celebrate the release of the first images, including one at the Saint Johns Public Library at Bartram Trail at 5 p.m. tomorrow.

In August, the Jessie Ball Dupont Center is continuing to celebrate Jacksonville’s Bicentennial. JaxNEXT100 is a weeklong arts festival featuring creators, artists, writers, filmmakers and musicians that will reflect on Jacksonville’s first 200 years and envision its next 100 years. The deadline to apply is 11:59 PM on July 20. 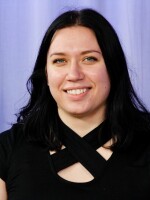 Marie Billow
Marie Billow is a University of North Florida senior interning with "First Coast Connect with Melissa Ross" and "What’s Health Got to Do with It?"