With hurricane season now underway, conversations about the future of the St. Johns River will be on the rise.

The need for conversation was spearheaded with a press conference held today by proponents of the St. Johns Riverkeeper, other leaders in the community and Jacksonville natives who hope for increased awareness in regards to dredging and flooding along the St. Johns River.

St. Johns Riverkeeper Lisa Rinaman, and her organization has banded together with members of the community who were affected by Hurricane Irma.

“Higher water levels and higher storm surge increase the flood risk to our homes, our businesses and our neighborhoods. The current plan to dredge an additional seven feet will only increase this risk,” said Rinaman.

Rinaman said Jacksonville now faces a decision. She said residents and the city must ask whether dredging should continue to allow large ships in and out of JaxPort. Or, she added, are there ways to make Jacksonville and its inhabitants more prepared to battle against hurricane weather conditions?

JAXPORT spokeswoman Nancy Rubin countered the dredging project has undergone extensive study and review. "After more than a decade of study, independent review and public input on harbor deepening, we are ready to complete this incredibly important project and bring new jobs and increased opportunity to the people of Jacksonville," said Rubin on Friday.

Four town hall meetings have been scheduled during this year’s hurricane season, beginning on June 21 at Sun-Ray Cinema in Five Points, to inform locals of the threats facing the St. John’s River and its inhabitants.

Dot Mathias, a resident of San Mateo in the North Jacksonville area spoke about dredging and how people seem unaware of its potential impact on our river.

“As you drive down Heckscher Drive you can tell that the water has already risen a foot. This is just since Irma.” Mathias said. “What [is] it going to be like when we have another hurricane? We’re just dreading another hurricane.”

She held pictures, showing what she said the “maintenance dredging” on Heckscher Drive has done. “This is just from maintenance dredging of not even one foot deep,” said Mathias. “Can you just imagine what dredging down seven feet would do to the property?”

Not only will dredging be part of the dialogue at the meetings but those who are still amist hurricane damages post-Irma also plan to make statements.

Hope McMath, the Director of Yellow House art gallery, spoke on a specific Jacksonville neighborhood called the Ken Night Drive community in the Northwest area of the city, that she said was and continues to be affected by the flooding Irma caused.

“There is still mold climbing up the walls. People are sleeping on flood compromised beds. And they are dreading the beginning of a new storm season,” said McMath.

She said members of this community and others like these need an opportunity to speak up about the issues they continue to face, and the fears they have.

Only after these struggles are heard will Jacksonville begin to properly prepare for future storm threats, according to McMath.

In order to make the St. Johns River more resilient to extreme conditions like Irma, Rinaman said the city needs an assessment of vulnerabilities surrounding rising waters before Jacksonville can begin to implement strategies to combat against the dangers.

“There hasn’t been a comprehensive look. There has not been an assessment done to understand what challenges we could face during future storms,” said Rinaman.

However, Rinaman and her St. Johns Riverkeeper colleagues have a plan that includes restoring tributaries in the urban core as well as the surrounding communities.

Rinaman said restoring the tributaries would help absorb flood waters and improve water qualities, adding to the quality of life during normal conditions but also helping protect communities during dangerous conditions like another Irma.

Shannon Blankinship, Advocacy Director for St. Johns Riverkeeper, talked about the steps other cities in the country are taking to prepare for sea-level rise that Jacksonville could also invest in. She held a photo, sampling the extreme flooding Jacksonville faced when Irma hit.

“In New York, they are investing heavily in Green Infrastructure, in building oyster-shell reefs, in creating naturalized areas that could serve as natural buffers against large storms and hurricane sized waves that are going to impact their shoreline,” said Blankinship.

She noted how South Florida cities are looking into their infrastructure and making updates so they are not impacted by salt water and therefore, remain steadfast during hurricane conditions.

To leaders of the community such as Rinaman, Blankinship and McMath, as well as local Jacksonville natives like Mathias who hold the River City close to their hearts, discussion surrounding these issues has grown more important with the beginning of hurricane season.

Mathias spoke about special times she and her family have had on the river and how she hopes future families will have the same opportunities despite the continued dredging and in turn, the increased risk of flooding.

The town hall meetings are free and open to the public.

Dates, times and locations for each meeting are:

Additional information is available on the St. Johns Riverkeeper website. 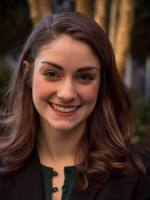