A five-year plan proposed by the Department of the Interior authorizes new offshore drilling leases in the Gulf of Mexico and Alaska. The plan has sparked widespread opposition from coastal communities and national groups.

A program created to educate and support local innovators and entrepreneurs has returned to UNF.

Blue Bamboo celebrates 17 years of operation and a new 'employee'

Blue Bamboo Canton Bistro in Mandarin celebrated its 17th anniversary this month, and a compact state-of-the-art robot, "Booey," joined their staff. The robot is the latest creation in restaurant technology. 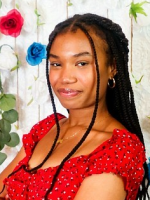