In 2019, Gov. Ron DeSantis signed into law three new toll roads that would run from the state's border with Georgia down to Southwest Florida, and three task forces appointed to study the roads delivered their reports to the governor and legislature in November. The project is called M-CORES, or Multi-use Corridors of Regional Economic Significance.

Paul Owens, president of 1000 Friends, said one of the main concerns is that the construction would divert over $100 million from the state’s general revenue -- money that could go toward healthcare and education. He had some suggestions for the Florida Legislature next year:

"To avoid some really devastating, painful cuts in those areas and other areas that are funded through general revenue, the legislature may want to consider suspending or curtailing funding for lower priorities, including the M-CORES program,” he said.

Owens also mentioned on top of that, the legislature will have a $5 billion shortfall from the pandemic to make up between this year and next.

Huiwei Shen, with the Florida Department of Transportation, told the panel that the pandemic has already put financial strains on the projects.

"But we have enough funding to conduct the preliminary planning and financial feasibility analysis," she said.

FDOT recently committed to an action plan that has eight elements, including determining "need."

The toll road task forces recently concluded that there was not enough evidence supporting the need for these expensive projects to be built through Florida's rural areas, including in endangered Florida panther habitats.

Here are the other parts of FDOT’s action plan: 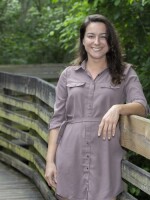