After a two year-year silence,  Special Counsel Robert Mueller  has gone public and has said they will not exonerate President Donald Trump.

Mueller declined on Wednesday to clear the president of allegations of obstruction of justice.

Matt Corrigan, Dean of the College of Arts and Sciences at Jacksonville University and local attorney Michael Stanski of Stanski Law joined us with their analysis.

The transition from high school to college can be tough for most students especially for those with attention deficit hyperactivity disorder (ADHD). Students with ADHD can have "difficulty paying attention" according to Mayo Clinic. Shawna Pearson, Founder and President of Expert ADHD Coaching joined us with her insights.

Local singer/songwriter Jessica Pounds is working on a new solo album. She performed her new song  Howl at the Moon. She is performing Thursday night, May 30, at the Mudville Music Room.

Jacksonville's Museum of Science and History (MOSH) has a dinosaur exhibit running through September 2 that features a wide range of hands-on interactive experiences, including puzzles which allow guests to mix and match dinosaur species. MOSH curator Paul Bourcier Joined us with a look at componants of the exhibit.

Related: Dinosaurs Are Returning To Jacksonville's Museum Of Science And History 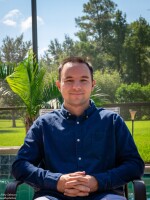