No Plans? No Problem! Things To Do This Weekend On The First Coast

Angels, anniversaries and Americana are what are in store this weekend on the First Coast.

Friday, March 14 — Banned in Duval County Public Schools, Angels in America, Part One: Millennium Approaches opens for the first time ever in Jacksonville tonight at Players by the Sea Theatre.

Described as "a gay fantasia on national themes," the play has won the Pulitzer Prize, Tony award for best play, Emmy for best miniseries from the HBO adaptation, and many, many more. More info and tickets at PlayersByTheSea.org.

Saturday, March 15 — More than two dozen food trucks will be serving up the best local cuisine on wheels at the March of the Food Trucks Spring Festival. Two brand new trucks will be making their debut at the event in the parking lot of the Taste Food Studio in the Tinseltown Area on the Southside. More into at JacksonvilleFoodTrucks.com.

Sunday, March 16 — The Community First Natural Life Music Festival was created as a cultural GIVE BACK to Jacksonville and local children’s charities. Artists include Grammy nominees Della Mae and Sarah Jarosz, X-Factor finalist Rion Paige, honeyhoney and the Autumn Defense. The festival starts at 11 a.m. at Metropolitan Park and admission is free! WJCT is a festival sponsor. More info at CommunityFirstNaturalLifeMusicFestival.com.

You can see more events at The Specktator's Facebook page.

Remember to tune in to First Coast Connect Thursdays at around 9:50 a.m. to hear 'Around Town' with Jacksonville Magazine's Kerry Speckman for a preview of upcoming weekend events. 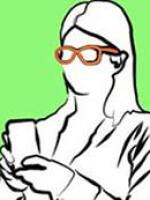